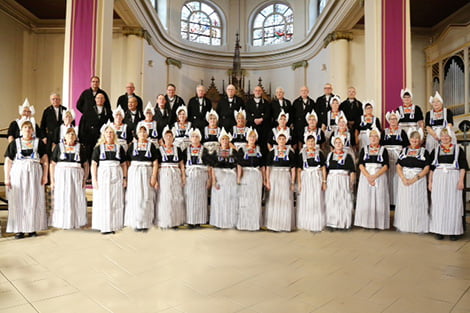 The choir was established in 1986 and has a consistent membership of approximately 50 enthusiastic singers from Volendam and its environs.

Over the last 30 years the choir has delivered many outstanding performances within the Netherlands and abroad, including France, Germany, Prague, Vienna and Barcelona. They also did a concert tour in Budapest, Hungary, in 2015.

The choir’s diverse repertoire shows us that modern and classic complement each other extremely well, ranging from Operetta, Musicals, Dutch music and Religious music, to adaptations of modern pop songs.

On Sunday 6th March 2016, the choir celebrated its 30th anniversary by performing a beautiful concert in the St. Vincentius church in Volendam, with the cooperation of the Men’s choir from Ulft, Carola Smit and Jan Mühren.

Since 1st January 2015, the choir has been under the inspiring leadership of Jan Keizer, who is accompanied by pianist Katinka Bootsman and organist Bram Biersteker.

Drs. J.T.V. Keizer graduated from the University of Amsterdam in Mathematics and Physics in 1975, after which he worked as a mathematics teacher until the present. First he worked at the Waterlant College in Amsterdam, but after the establishment of the Don Bosco College in Volendam the transition was quickly made.

Since January 2015, he has been the permanent conductor of Volendam’s Vocal Ensemble. Interestingly, it would seem the apple doesn’t fall far from the tree, as the ensemble was co-founded by his father, Klaas Keizer, who was the first conductor. It was under his father’s supervision that Jan accompanied the choir on the organ in the early days.

From 1974 to 1978, he was the keyboardist during the live performances of the band ‘The Cats’ from Volendam, and in 2012 he finished his Conductors Training at the UCK in Utrecht. 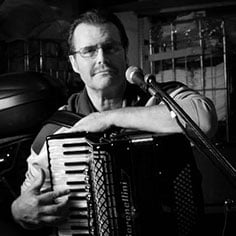 Katinka Bootsman’s roots are in Houston, USA. She is a talented musician and plays the piano and the violin, and also gives singing lessons. She considers her work for Volendam’s Vocal Ensemble a wonderful hobby and she accompanies the rehearsals of new pieces on the piano. If needed, she accompanies the choir during concerts as well. 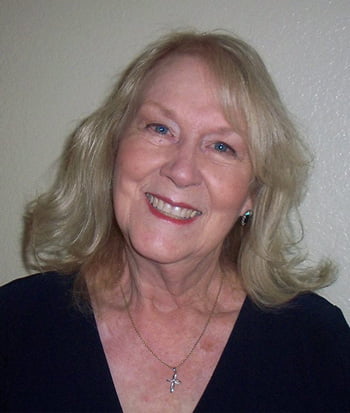 Bram studied the organ at the Sweelinck Conservatory in Amsterdam, while minoring in piano, harpsichord, choral conducting and singing. He is the conductor of several choirs and has also worked as a composer with numerous works to his name. In addition, he has been a dedicated organist with the city of Amsterdam for many years. 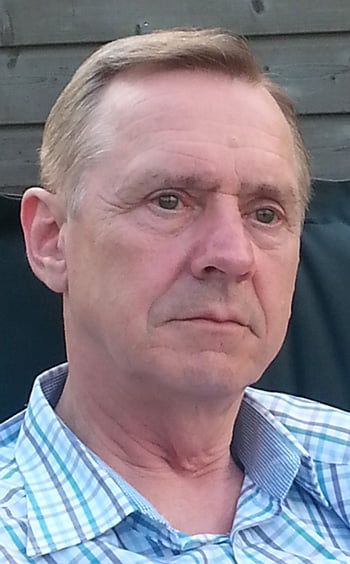